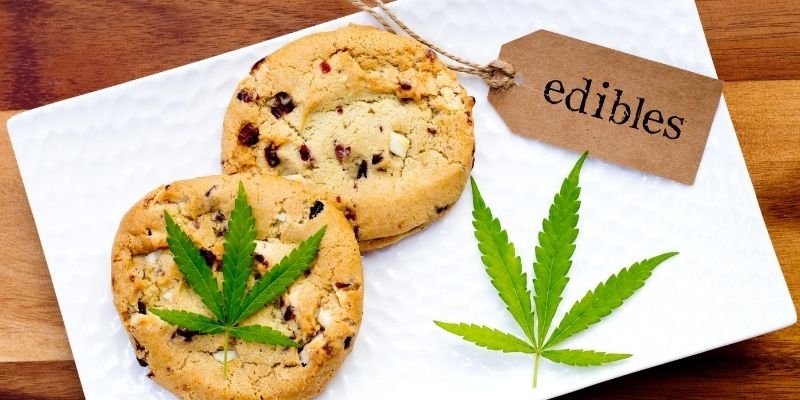 In recent years edibles are gaining so much ground among stoners. This is especially true among individuals that are taking them for health reasons versus smoking.

Normally, it takes a longer period to feel the effect of edibles than smoked cannabis. After taking edibles, you may need to wait for about 30 minutes to 2 hours before they start hitting. This is because they won’t produce any effects until they have traveled through the liver and digestive tract to the bloodstream and brain. Therefore, edibles don’t provide the immediate psychoactive effects that smoked weeds are known for.

Nonetheless, the effects can be felt intensely for about 6 to 8 hours. Finally, they will wear off after about 10 hours of taking them.

But would you like to make marijuana edibles hit faster? If yes, there are some tricks you can use. These tricks are described below:

Comparatively, you can start feeling the effects of tinctures quicker than the majority of edibles. This means that when you ingest marijuana orally through a tincture, you are likely going to feel the effects as quickly as possible. With tinctures, you have better control of the dose you want to take. Besides, tinctures ensure that the duration of effects of cannabis is shortened.

It has been established that an empty digestive system will process edibles quicker than a full stomach. This is because the system will not have any other items to process; hence, it will focus solely on processing the edibles as fast as possible. Therefore, if you want marijuana to kick in earlier, you should take it when your stomach is empty. In other words, eat edible when you are hungry.

However, you need to be careful because eating edibles on an empty stomach can make you feel very high. So, inexperienced users should avoid this technique as it can have damaging effects on them.

The rate of metabolism can play a key role in determining when cannabis will kick in. If you can increase your metabolism, you will feel the effects of your edibles faster.

What are the things you can do to increase your metabolism? You should eat more protein, take lots of water, and exercise your body.

Although a drink will also pass through the stomach, intestines, and other parts of the digestive system, it moves faster than most other common ways. This is because it is a liquid and, as such, it reaches the bloodstream and brain faster. So, you can consider adding your cannabis to sodas, teas, coffees, and juices.

Which of these methods is your preferred method for making marijuana edibles hit faster?